Video games have long been a social refuge for millions of people around the world. From the days when arcades were the social epicenter of competition, to now online play dominating the technological landscape, it is safe to say that regardless of the medium video game players will faithfully continue to embrace gaming culture. One challenge that gamers have always faced outside the confines of console or PC is some untrue and negative stigma associated with video games as a whole. Now that the rest of the world sees the wave of popularity of things like esports and the rise in computing technologies , many of the old video game stigmas are now starting to decline. However, a few still exist. In this article, we will look at some common misconceptions about video games.

One traditional criticism of video games is that they cannot lead to a professional career. In the wake of the explosion of popularity of esports and streaming, over the past five years, the general public has been introduced to many professional gamers such as Ninja who have now become international icons, often grossing more money than many traditional sports athletes. Top professional gamers are often the recipients of endorsement and sponsorship deals. Also, it is not uncommon to see these players among the most elite social circles in the entertainment industry. Now more than any other time in history, video game players are able to leverage the many avenues to monetize their hobby, using services like Twitch, and turn it into a full-blown career.

Another critique of excessive video gameplay is that it forces players to become isolated from the rest of the world. In actuality, online play is designed to be a highly interactive activity. Gamers have the ability to create their own digital chat rooms, form teams, and alliances, and also work cooperatively to develop competitive spaces. In fact, the very nature of esports is in part based on team collaboration and developing skills such as teamwork, leadership, communication, conflict resolution, and skills development. Just a simple search on YouTube for esports training will illustrate the extreme dedication it takes to become a top video game player.

As the general public becomes more and more educated on the video game industry and its depth and breadth, we will begin to see many negative stigmas about video games continue to decline. Video games provide a wealth of opportunities to pursue a professional career and also develop critical interpersonal skills as well. So the next time someone says to you that video games arent the future, you have a few examples to show them why they are. 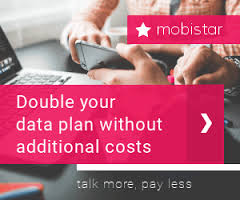